The time is here, the time for HOT CROSS BUNS! Religious or not, the hot cross buns are tasty and is a must eat for everyone. 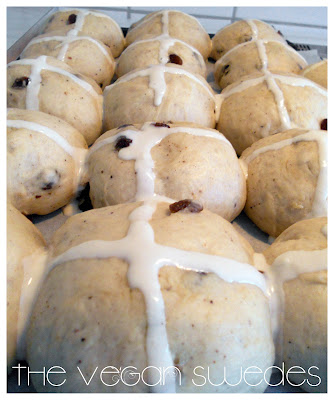 You will need:
For the crosses:
Glazing: 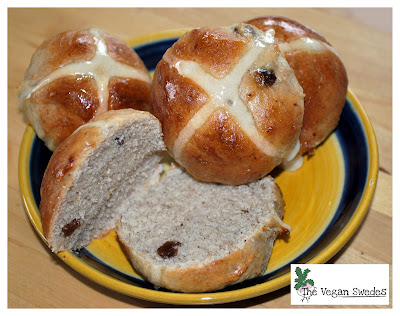 Super fast, super easy and super healthy. SUPER OAT PORRIDGE!
I recently rediscovered the oat porridge I loved as a child and here it is. This can be eaten with so many different extras, as banana, fresh berries and fruit, vanilla sugar or my favourite raspberry jam. 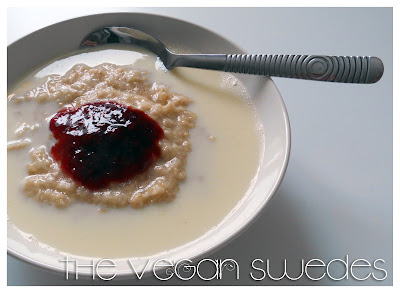 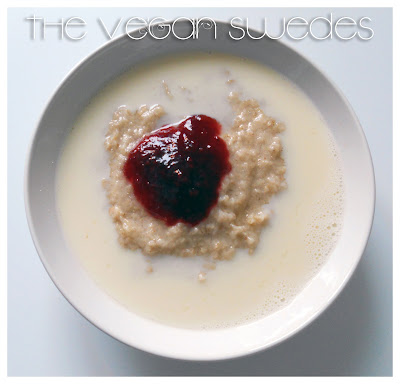 The Semla was originally eaten only on Shrove Tuesday, as the last festive food before Lent. However, with the arrival of the Protestant Reformation, the Swedes stopped observing a strict fasting for Lent. The semla in its bowl of warm milk became a traditional dessert every Tuesday between Shrove Tuesday and Easter. Today, Semlor are available in shops and bakeries every day from shortly after Christmas until Easter. Each Swede consumes on average five bakery-produced semlor each year, in addition to all those that are homemade.
King Adolf Frederick of Sweden died of digestion problems on February 12, 1771 after consuming a meal consisting of lobster, caviar, sauerkraut, smoked herring and champagne, which was topped off by fourteen helpings of Semla with warm milk, the king's favorite dessert.
The Semla is a wonderful, tasty sweet cardamon bun with almond paste and whipped cream. 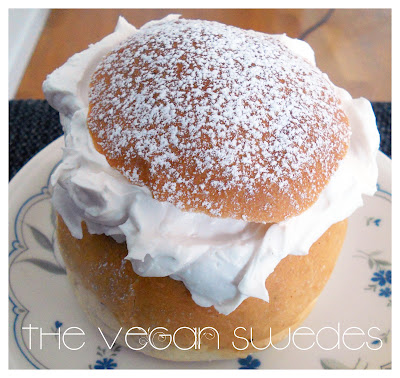 You Will Need:
For the buns: 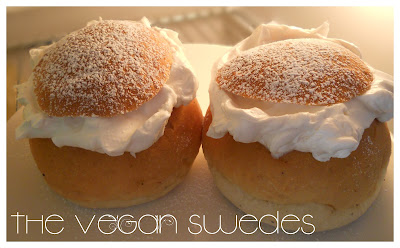 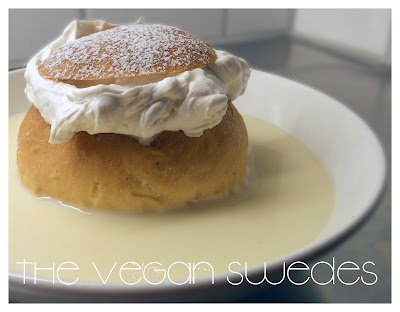 Optional: Serve in a bowl/deep plate with warm dairy free milk.
Tip:
These buns freeze very well for later use
They are tasty and can be eaten as is

Healthy breakfast, quick and light lunch or a treat. Semolina porridge is all those wrapped into one. So what is Semolina? Well...Semolina is the coarse, purified wheat middlings of durum wheat used in making pasta, also used for breakfast cereals, porridge and puddings. In Sweden we love all types or porridge (especially the ones eaten with milk, sugar & cinnamon) and most common ones are made from rice, oats or semolina. 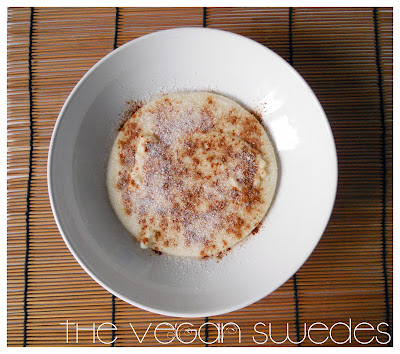 You Will Need (2portions):
To serve: 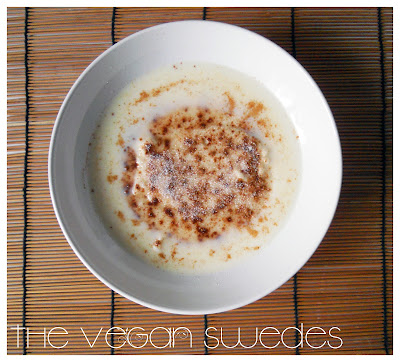 The Vegan Swedes
Vegan in Sweden. Cooking vegan tasties. All from cookies to bread and tasty dinners. Questions about food, requests, flavour or veganism just send us a email on: theveganswedes@gmail.com Also remember to add us on Twitter (@TheVegan Swedes) and Facebook (The Vegan Swedes)